Artyom Pidnik Took Over the Leadership of IDGC of North-West, PJSC 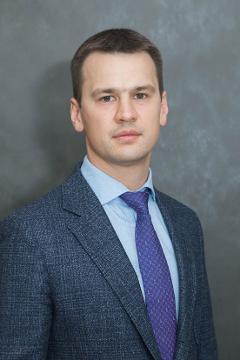 Artyom Pidnik has been elected as the General Director of IDGC of North-West, PJSC (a subsidiary of Rosseti, PJSC). The respective decision has been taken by the Board of Directors of the Company on October 10, 2018.
“At the previous place of work, Artyom Yuryevich proved to be able solve serious problems. The North-West enterprise of Rosseti is, obviously, a new level of responsibility and a new scale of activity. At the same time, I am confident that the diversified experience and professional competencies of manager will enable him to immerse himself in the work in a shortest time and accomplish all the set goals. I hope that the incoming of Artyom Pidnik with strengthen our managerial team”, – the General Director of Rosseti Pavel Livinskiy commented the appointment.
Artyom Pidnik graduated from the St. Petersburg State University in 2005 in jurisprudence. In 2006-2007, in the same university, he studied the following fields: “Organization Management”, “Project Management”, “Marketing Management”. In 2012, he studied the course “Financial Management” at the St. Petersburg State University of Economics and Finance. In 2015-2017, he passed the professional retraining program at the St. Petersburg State University and obtained the qualification of “Master of Business Administration” (MBA).
He started his career in the field of legal consulting. Before joining IDGC of North-West, he, as the top manager, headed the Sevkabel Group of Companies (St. Petersburg), where in less than three years he had both withdrawn the holding company from a pre-crisis state, and also achieved profitable indicators. Previously, Artyom Pidnik was working as the Deputy General Director of “Construction & Erection Department No. 10 of Metrostroy”, and before that, he occupied the position of Director for Economy and Finance of Baltic Shipyard LLC.
“IDGC of the North-West, as well as other subsidiaries of Rosseti, faces the important mission of upgrading the power grid complex on the basis of digital solutions. I will do my best to ensure that our company is among the leaders in terms of reliability of power supply, financial stability and innovative development in the interests of millions of our customers and shareholders,” – says the new General Director of IDGC of North-West, PJSC, Artyom Pidnik.